I thought I would quickly follow up the last blog, with another one outlining what happened here in March and April.

Not the busiest of months, but things ticked over with an unusually high demand for flat hires. Some set builds happened, namely a series of mirrored bar tops that left the chippies cursing and vowing to never work with mirrored HIPS again, I’ve since convinced the production company who contracted us to do this, to move on to a more suitable material, so hopefully next time it will be a lot easier all round.

Next up we built the set for Wheeler Dealers spin off show Dream Car for The Discovery Channel, an eight episode spin off that see’s Mike Brewer help car lovers trade up their unwanted vehicles to the car of their dreams.

Finally in April, we built some modular set pieces for a low budget Sci-Fi film that doubled up as spaceship door arch/reveals and wall buttresses.

Just a short blog this time round, filled out a bit with some photo’s that have absolutely no relevance to this blog at all…. 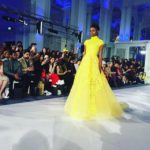 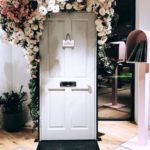