Hot on the heels of the last blog (three months later) here we are with number 13. No excuse, other than being ridiculously busy for the delay in getting this one online.

Carrying on from where the last blog left, we’ve built a backdrop and floor for a bespoke photo booth set up in the Ralph Lauren store in London’s West End, a speakeasy bar set up, complete with fake bookcase walls in a marquee in Reading. An exhibition stand for Foot Locker in London and Amsterdam, built the set for Channel 4’s Hunted show in a derelict school in Chelsea, produced some set pieces for The Ubuntu Gala charity dinner at The Roundhouse in Camden, re-furbished the Love Island Aftersun set and made  a desk and podium for an Iranian news channel, all that in May.

In June we sent a couple of bits out to Tuscany, alas, no crew with it, built some stuff for Taste of London in Hyde Park. Next up was an apothecary style bar for an event in London and then a very large, circular stage for a televised leadership debate for some political party or other. Next up was a commercial for Cif, shot in a location only just down the road from the workshop, so that made a nice change.  Finally in June we did a few more bits for the Iranian news channel.

That’s it for this installment of the whistlestop tour of set construction at Little Parrot HQ. More next week, maybe. 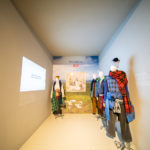 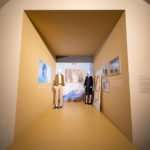