Kicking off from where we left it at the end of Blog 13, still a few weeks left at the end of June, there was enough time to squeeze in a showcase event at London’s Somerset House for The Discovery Channel and Animal Planet. We built a series of miniature monitor hides that were cleverly dressed on site to blend in with the rest of the décor at the event. A commercial shoot for Oreo followed this, 3 different room sets all set up in a studio in North London, no free Oreo’s though. Lastly in June, back to the conference world for some supply of bespoke tribune tables for London’s fastest growing events company.

July was another busy month, across all departments, we started off with some diary room pick ups for ITV’s Singletown. We were tasked with recreating the diary room from the original show, funnily enough, the original show was a set build we were going to take on, but a last minute change of designer put paid to that. Next up was the Sky CNBC studio fit out, a set built mainly out of box steel but clad by our carpenters here. A Royal College Of Art partnership with British Airways saw us building 55 plinths of varying sizes for an interactive show at the Saatchi Gallery in London, that was a busy week for our table saw (that’s 880 mitered edges).  Back to the Hunted set we had built what seemed like a lifetime ago, to strike that and put into storage for next year and them some changes to the Love Island Aftersun set, for their annual end of series reunion show rounded off July.

August, usually a time of summer holidays and not much work but not this year, things kept ticking over with a Kidz Bop commercial (look it up), A theatre production called The Weatherman at The Park Theatre, a Sody music video, a spoof music video for the very funny comedian Mo Gilligan and some on stage set pieces for The MTV fusion festival. And just like that August was gone… 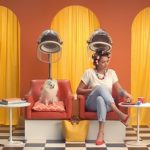 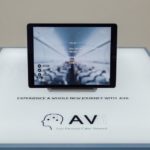