July saw us continue our association with the fastest growing event company in London currently. There massive increase in workload and lack of workshop space means more work is getting sub-contracted out to us, this time some tribune tables for a conference style event, saw us embarking on a quick last minute turnaround for them.

That was followed by a pilot for a new BBC production called, ‘Sounds Of The 80’s’ for a new up and coming, very talented designer. The show features archived footage and interviews with some of the stars of 80’s pop music, we built a very simple, portable set in a kind of Mondrean style, the set actually lives across the road from the radio studios, where they film and gets carried over the road every week for filming.

July also saw us build a brand activation area for Christie’s Towels who are official sponsors of Ascot Racecourse, this was to coincide with the King George Meeting at the racecourse. Thousands of punters get their portraits painted onto branded tea towels by some leading fashion design artists. We followed this up with the de-rig of ITV’s Love Island Aftersun set, which was quickly turned around to feature in a Love Island Live event at the Excel centre in London. We only found out about it’s new lease of life a few days before the event, so this was a bit of a backs to the wall job as it normally comes out of the studio and sits in storage for the next eleven months. I’m pleased to say it all went very well, this year it consisted of two days of meet and greets, with the stars fielding questions and signing autographs, watch this space for news about next years country wide tour.

Big Brother’s Bit On The Side had a bit of a refurb and changing of graphics, sadly this is to be the last series on Channel 5 and probably the end of the big brother format as we know it. Finally for this month we took on the job of  revamping an old market stall and turning it into an oyster shucking station for a restaurant in Carnaby Street, London. This turned into quite a project for Grey Goose Vodka but eventually won some sort of award for best brand activation somewhere….. 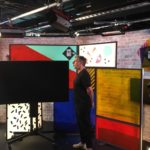 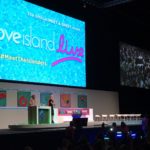