So, October saw the start of two very busy months here at Little Parrot HQ. We kicked it off with Britain’s Classroom Heroes, a job we do every year for The Teaching Awards Trust. It’s a merger of two different worlds as we build a conference style, awards ceremony set that is televised and airs on BBC 2. A three week workshop build culminates in a very early install time at The Brewery in central London, the team did well to maintain an upbeat and positive atmosphere despite the 4am start. The job went well, looked great and everyone involved was happy.

We then produced a lovely one off piece for the cryptocurrency firm Luno, whose offices in the west end needed a sign in their reception. Made from brushed stainless steel the individual letters were punched off the wall, to create a really good looking and smart bit of signage. From there we produced a last minute set for Channel 4’s Stand Up To Cancer, our bit of set was for a segment called, ’Gaming For Good.’ 27 individually flown hexagonal pieces of set were hung from the grid in a very small studio in White City, London. That was a long day, though we were particularly happy with the Wheel Of Fortune prop that we built for that one, complete with the same noisy operation as the original.

It was back to events for us after that as we produced a whole series of mirrored set pieces for a party in Henley on Thames, these included: a mirrored champagne tower stand complete with drainage, mirrored dance floor and lots and lots of mirrored table tops. Our award winning cart for the same clients was back in the workshop for various modifications over the course of the month. From there it was on to a huge event at The V&A museum for which we produced 9 separate chef stations that all consisted of three units each, that had to be millimeter perfect to accommodate everything the chef’s were using that night all finished in a lovely matt black smooth laminate.

We finished off the month with a small charitable job for a hard hitting low budget film about domestic violence within the traveller community. Based on real stories, this disturbing, authentic piece was developed with The Travellers Movement and was performed by a mixed cast of community members and professional actors. The film of this play will be used as an awareness and educational creative tool, to shine a light on these issues and improve communication between the community and social services.

So, that was October. I’m nearly up to date now, two more before Christmas I think… 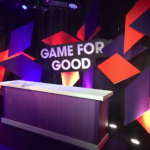 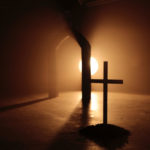